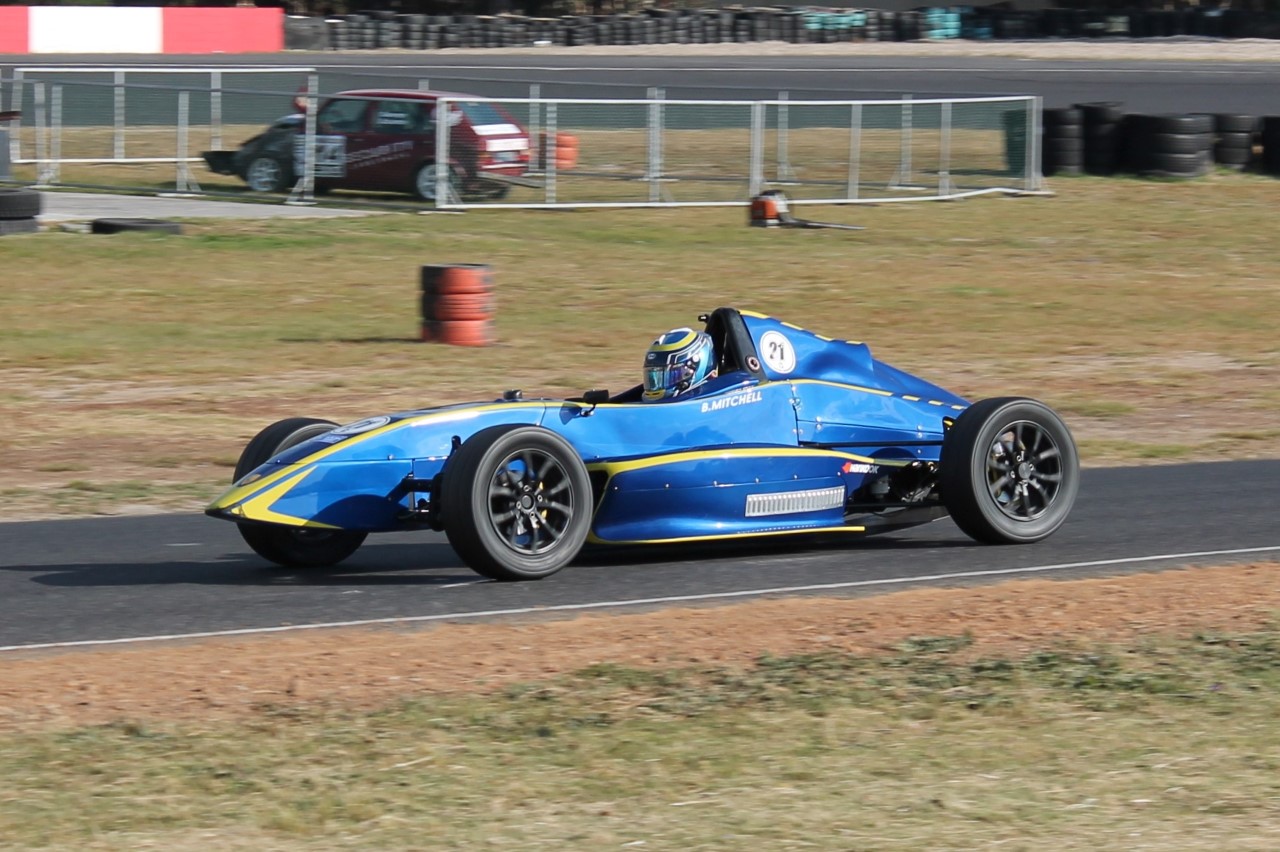 Edgemead High Matric student, Byron Mitchell, has once again proved his prowess as a race driver this year in having gone on to win both the Class C category and the overall 2019 Formula Libre Western Province Championship for the second consecutive year.

Whilst this was secured driving his Formula Vee Forza of the Dolphin Precision Engineering Racing Team, Byron also competed in the Mike’s Place Clubmans saloon car category of the Western Province Motor Club’s Power Series Race Meetings, taking his VW Golf to 2nd place in both Class E and that Championship challenge as well.

Byron is seen here behind the wheel of both of his cars during the respective category races at the Power Series event staged at Killarney International Raceway on Saturday 19 October, at which he was equally awarded the WPMC’s ‘Driver Of The Day’ trophy for the overall Race Meeting.