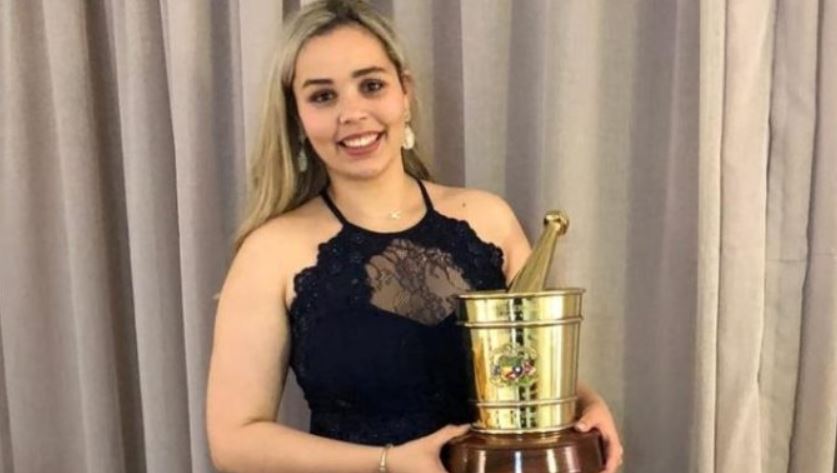 Erin Watt received the Brian Seymour Award which acknowledged her as South Africa’s top final year pharmacy student. The award itself is the most prestigious for a South African pharmacy student and was created in 1967 by The Pharmaceutical Society of South Africa (PSSA) Kwa-Zulu Natal Coastal Branch. (The PSSA is one of the main bodies representing the country’s pharmacy students and professionals). The winner is chosen based on academic excellence, leadership qualities and enthusiasm for the pharmacy profession.

Throughout her young life, Erin has indeed shown all those qualities and more. When she was still in school, Erin participated in various sports and cultural activities in addition to being a prefect both in primary and high school. She was the President of Interact Outreach Committee at Edgemead High school and she received academic colours and honours as well as service awards and the Simon Hughes Memorial Award (for making a difference at Edgemead High). She also served as a Youth leader in church and when she matriculated, she did so in style, with an ‘A’ aggregate. Continuing on her quest for academic excellence at the University of the Western Cape, she received ‘A’ Aggregates in each year of study.